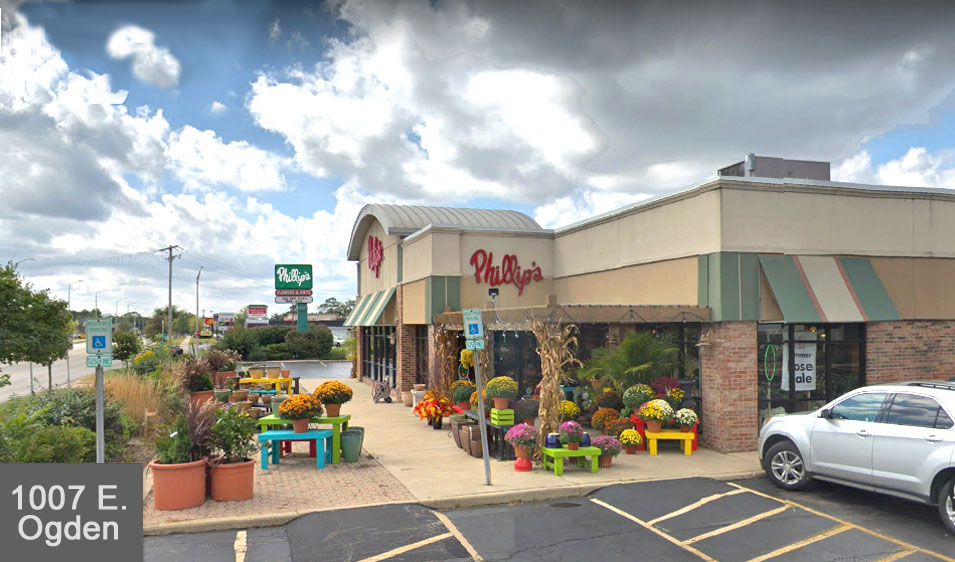 Flowers are the perfect way to lighten up the mood of any occasion. Different flowers express different emotions - friendship, love, empathy, etc. The right bouquet of flowers will set the righrt mood and accurately represent how you feel. At Phillip's Flowers, we offer a wide range of beautiful flowers for various occasions: 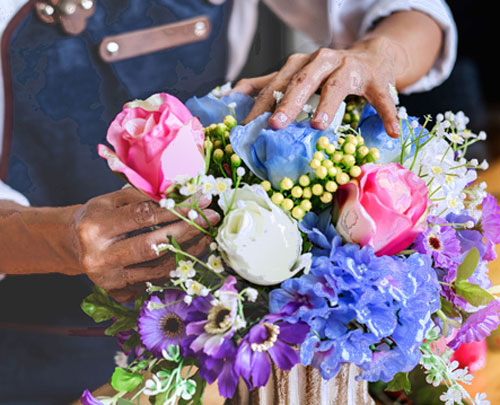 What is a wedding without beautiful flowers? We have successfully adorned hundreds of weddings with our beautiful handiwork. Our experienced wedding florists offer expert advice for the best flowers to choose for your specific wedding.

Giving flowers to your loved one for their birthday shows your love and admiration. We offer a variety of birthday bouquets includeing carnations, daisies, roses, lilies and more.

Sympathy and Funeral Flowers in Naperville

Flowers are a timeless symbol of love and caring. Sympathy and funeral flowers can play a significant role in honoring the departed while comforting family and friends during the difficult time.

Recognize the milestones in lives of your loved ones with a dazzling bouquet of fresh, colorful flowers. Popular anniversary flowers include roses, lilies, hydrangeas, tulips, and more.

Get Well Soon Flowers in Naperville

Do you have a sick friend or family member?

Sending "get well flowers" is one of the best ways to add life and color to a hospital room or bedroom. This thoughtful gift can make patients fell happier and loved, and ultimately boost their recovery experience.

Our get well bouquets are full of bright, colorful flowers (like yellow roses and daisies) and come with a thoughtful note to cheer up yoru lvoed one.

Not sure what type of flowers you need?
Browse our extensive catalog of flowers and find something that will represent how you truly feel.

Get Fresh, Gorgeous Flowers From an Award-Winning Florist in Naperville

Order flowers online from one of the best flower shops in Naperville.

Show Your Love with a Beautiful Bouquet of Flowers

Flower Delivery in Naperville Made Easy

When you order with Phillip's, our Naperville florists will hand-pick the flowers you want and make an attractive bouquet according to your specifications. We'll deliver the flowers right at your doorstep, wherever you're located in Naperville, IL.

Our flower shop in Naperville is fast and professional to ensure your flowers are fresh and fabulous when they reach you. Most of our orders are next-day deliveries, and we offer same-day service, too.

At Phillip's Flowers, we understand how much a flower delivery means to you. And that's why we strive to provide you with quality customer service and attractive floral arrangments to match the occasion.

With our unparalleled flower delivery in Naperville, our family-owned shop has quickly grown into citywide favorite. We even have multiple local flower shops serving Chicago and 150 other suburbs to make our process seamless, fast and efficient for you.

Located 28 miles west of Chicago, Naperville is a town with a rich history. Founded in 1831, the 39 square mile city of Naperville is the thrid largest city in Illinois. Naperville's Historic District hosts 613 buildings and has been listed in the U.S. Register of Historic Places. Naperville is known for its famous landmarks, such as the scenic Naperville Riverwalk which was built in 1981 to celebrate its 150th anniversary, and stretches through Naperville along its river banks for 1.75 miles. Naperville is also located in what is known as the Illinois Technology and research corridor, which has helped it to become one of the fastest growing communities in the U.S. Phillip's Flowers has been a part of the community for more than 25 years, providing local florist design and delivery in Naperville, Aurora, and Bolingbrook, too, with regular service to Edward Hospital, all local funeral homes, and dozens of area hotels, country clubs, and event venues.